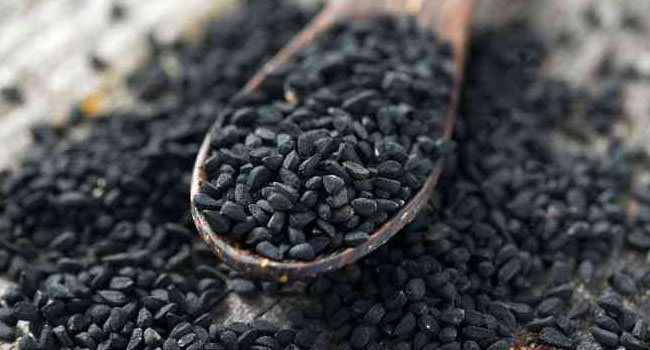 One of the most intriguing seeds is the black cumin seeds. Its health benefits have remained a mystery for many years and now scientists are beginning to recognize them. This seed originally comes from Egypt. They grow in a small pod and to get them out water must be poured over it. So why is this so called black cumin a fascinating spice? The reason for this is that it contains a substance called crystalline nigellone. It also has 100 other chemicals which help your body in many other ways. Here is a list of some of the many things that black seed can do.

The black seed helps against all types of cold ailments and helps introduce the effective ingredients of cold medications to the areas affected by hot and dry ailments, as it helps the body absorb the medicine quickly when taken in small dosages.

When it is ground, blended with honey and drunk with some warm water, it will dissolve the stones that appear in the kidney and the prostate and it is also diuretic.

It increases the flow during menstruation and the production of milk

When it is heated with vinegar and placed on the stomach, it will eliminate helminthes (worms) and when it is blended with wet or cooked colocynth water, it is more effective in removing worms.

It also cleans up, decomposes and relieves cold symptoms when it is ground in a rag and inhaled through the nose on a regular basis until the ailment is cured.

Black seeds oil helps against snakebites, hemorrhoids and spots. When around 25grams of it is drunk with water it will help against gasping and hard breathing.

When the black seeds are cooked in vinegar and then one rinses his mouth with it, it will relieve toothache resulting from sensitivity to cold. When one inhales powered black seed, it will help against water that accumulates in the eye. When it is used in a bandage while blended with vinegar, it heals spots and exposed skin ulcers and decomposes the acute mucus tumors and also hard tumors.

The oil of black seed also helps against facial paralysis when administered by the nose. When one drinks about 25grams of its oil, it helps against spider bite. When it is ground finely and blended with the oil of the green seed and used as ear drops, only up to three drops, it helps against symptoms, flatulence and various clogs.

When the Black Seed is fried and finely ground, soaked in oil and then drops are administered in the nose, it will help against cold conditions accompanied by intensive sneezing.

When it is burned and mixed with melted wax along with henna or iris oil, it helps remove the ulcers that appear on the skin of the legs, after washing the skin with vinegar.

When the black seeds are crushed in vinegar and laid on leprous skin, the skin affected by black pigmentation and on the head that is affected by dandruff, it helps relieve these aliments.

When the Black Seeds are ground finely and one swallows around 25grams of it each day with cold water, it instantly helps against the bit of rabid dogs, and might prevent death as a result of hydrophobia.
Nuts List