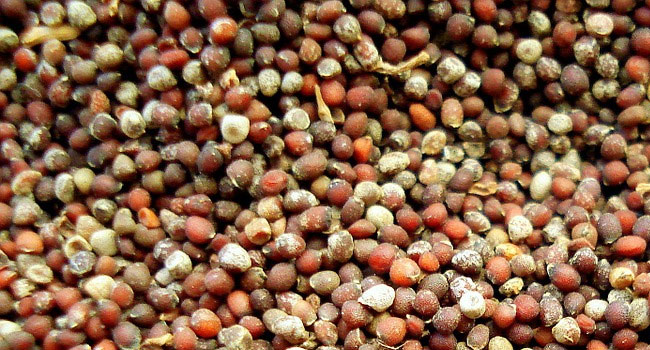 Like other Brassicas, mustard seeds contain plentiful amounts of phytonutrients called glucosinolates. The seeds also contain myrosinase enzymes that can break apart the glucosinolates into other phytonutrients called isothiocyanates. The isothiocyanates in mustard seed (and other Brassicas) have been repeatedly studied for their anti-cancer effects. In animal studies - and particularly in studies involving the gastrointestinal tract and colorectal cancer - intake of isothiocyanates has been shown to inhibit growth of existing cancer cells and to be protective against the formation of such cells.