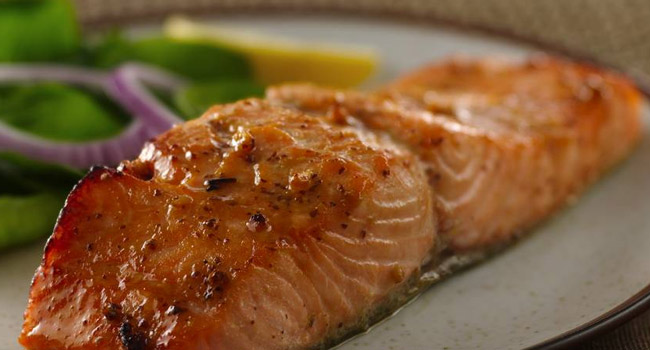 The fact the average age of people developing and dying from heart disease is constantly decreasing has considerably increased the importance attached to coronary health. Although a great many advances have been registered in the treatment of heart disease, experts in the field basically recommend that careful precautions be taken before such diseases ever arise. Experts also recommend one important foodstuff for the healthy functioning of the heart and the prevention of disease: fish.

The reason why fish is such an important source of nutrition is that it both provides substances necessary for the human body and also reduces the risk of various diseases. For example, it has been revealed that when fish—which acts as a shield in terms of health with the omega-3 acid it contains—is consumed on a regular basis, it reduces the risk of heart disease and strengthens the immune system.

In fact, when we examine the nutritional properties of fish, we encounter some very striking facts. Fish, given to us as a blessing by our Lord, are a perfect food, particularly in terms of protein, vitamin D and trace elements (certain elements found in minimal quantities in the body but which are still of great importance to it). Due to the minerals they contain—such as phosphorus, sulphur and vanadium—fish encourages growth and enables tissues to recover. Fish meat also assists in the formation of healthy teeth and gums, benefits the complexion, makes the hair healthier and contributes to the fight against bacterial infection. It also plays an important role in the prevention of heart attacks as it beautifully regulates the level of cholesterol in the blood. It helps the body to break down and use starch and fats, making it stronger and more energetic. On the other hand, it also influences the functioning of mental activities. In the event that the vitamin D and other minerals contained in fish are not consumed in sufficient quantities, disorders such as rickets (bone weakness), gum disease, goitre and hyperthyroid may all arise.

In addition, modern science has also discovered that the omega-3 fatty acids in fish also occupy an important place in human health. These fats have even been described as essential fatty acids.

The Benefits of Omega-3 in Fish Oil

There are two kinds of unsaturated fatty acid in fish oil which are particularly important for our health: EPA (eicosapentaenoic acid) and DHA (docosahexaenoic acid). EPA and DHA are known as polyunsaturated fats and contain the important omega-3 fatty acids. Since the fatty acids omega-3 and omega-6 are not manufactured in the human body, they need to be taken in from the outside.

There is a large body of evidence relating to the benefits to human health of fish oil, the actual benefit stemming from its omega-3 fatty acid content. Despite being present in vegetable oils, these omega-3 fatty acids are less effective in relation to human health. However, marine plankton is very effective at turning omega-3 into EPA and DHA. When fish eat plankton, their constitution becomes much richer in EPA and DHA. That, in turn, makes fish one of the richest sources of these vitally important fatty acids.

Vital Benefits of the Fatty Acids Found in Fish

One of the main features of the fatty acids in fish is the contribution they make to the body’s energy production. These fatty acids carry out electron transfers by attaching themselves to oxygen in the body and permit energy to be produced for various chemical processes within it. There is therefore considerable evidence that a diet rich in fish oil helps combat fatigue and increases mental and physical capacity. Omega-3 increases the individual’s powers of concentration as much as it does his or her energy levels. There is a scientific foundation to the old saying “fish is good for the brain”: The main compound in brain fat is DHA, which contains omega-3 fatty acids.

The Importance of Fish for a Healthy Heart and Arteries

The omega-3 fatty acid in fish is acknowledged to protect against cardiovascular disease by reducing blood pressure and the cholesterol and triglyceride in the blood. 2 Triglyceride is a form of fat and resembles LDL (bad cholesterol) which is high in fat and low in protein content. A raised triglyceride level, especially together with high cholesterol, increases the risk of heart disease. In addition, fish oils reduce life-threatening post-heart attack abnormal heart rhythms.

In one study by the American Medical Association, it was observed that heart attack levels in women eating five portions of fish a week fell by one-third. This is thought to stem from the omega-3 fatty acids in fish oil causing less blood clotting. The normal speed of blood in our veins is 60 kmph (37.3 mph) and it is of vital importance for the blood to be of the right viscosity and for the density, quantity and speed to be at normal levels. The worst danger for our blood—apart from normal conditions of bleeding—is for it to clot and lose the ability to flow properly. Fish oils are also effective in reducing blood clotting by preventing the thrombocytes in the blood (blood platelets that concentrate the blood in the event of bleeding) from adhering to one another. Otherwise, blood thickening can lead to narrowing of the arteries. In turn, this can lead to many organs in the body—especially the heart, brain, eyes and kidneys—receiving an inadequate blood supply, function deceleration and eventually, loss of function. For example, when an artery is totally blocked on account of clotting this can lead to heart attack, paralysis or other disorders, depending on the location of the artery.

Omega-3 fatty acids also play an important role in the production of the molecule haemoglobin, that carries oxygen in the red blood cells, and in controlling the nutrients passing through the cell membrane. They also prevent the damaging effects of fats harmful to the body.

Importance for the Development of New Born Babies

Being an important component of the brain and eye, omega-3 fatty acids have been the subject of research, especially over the last 10 years, in connection with the needs of new born babies. There is a considerable body of evidence relating to the importance of omega-3 to the development of the foetus in the mother’s womb and of the new-born baby. Omega-3 is of the greatest importance for the proper development of the brain and nerves throughout pregnancy and in early babyhood. Scientists emphasise the importance of mother’s milk since it is a natural and perfect store of omega-3.

The major risk in rheumatoid arthritis (a painful joint condition linked to rheumatism) is that of wearing of the joints, leading to irreparable damage. It has been proven that a diet rich in omega-3 fatty acids prevents arthritis and reduces discomfort in swollen and sensitive joints.

Benefits Regarding the Healthy Functioning of the Brain and Nervous System

A large number of studies have revealed the effects of omega-3 fatty acids on the healthy functioning of the brain and nerves. In addition, it has been shown that fish oil reinforcement can reduce symptoms of depression and schizophrenia and prevent Alzheimer’s disease (a brain disease which causes loss of memory and hinders day-to-day activities). For example, reductions in such problems as anxiety, stress and sleeping difficulties have been observed in individuals suffering from depression who took 1 gram of omega-3 fatty acid over a period of 12 weeks. 3

Benefits against Inflammatory Disorders and Strengthening of the Immune System
At the same time, omega-3 fatty acids have an anti-inflammatory (infection preventing) function. Omega-3 can therefore be employed in the following diseases:

There is also wide-ranging evidence that societies such as the Greenland Eskimos and Japanese, who eat a lot of fish, rich in omega-3 fatty acid, have a much lower incidence of heart and artery disease, asthma and psoriasis. Fish is therefore recommended as a form of treatment and is particularly recommended by nutritionists on account of its proven benefits for coronary health.

Additional benefits to those outlined above are emerging every day. Moreover, it has only been possible to reveal the health benefits of fish by a great many scientists working in well-equipped research laboratories.