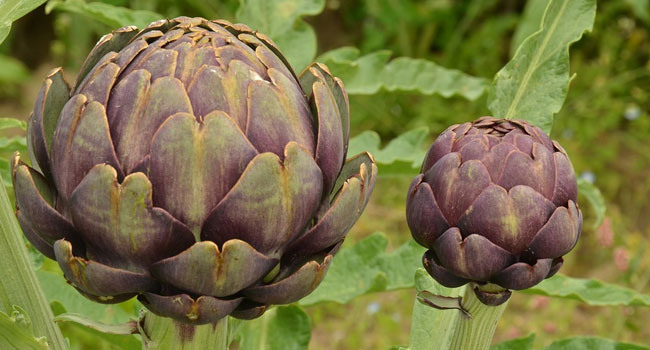 Artichoke has been used traditionally as food and as a medicinal herb for its diuretic and digestive properties. Artichoke leaves are used by many in connection with gastrointestinal complaints stemming from bile deficiency (in the liver and gall bladder), as well as to stimulate appetite and diuresis. The results of several clinical investigations suggested that artichoke extracts are useful when used in connection with hepato-biliary dysfunction and digestive complaints, such as sensation of fullness, loss of appetite, nausea, and abdominal pain. Some researchers have even suggested that artichoke dry extract could be safely recommended to patients with hyperlipoproteinemia and for possible prevention of vascular disease. Artichoke also has powerful antioxidant activity.